No! This piece is not about Eddie Murphy and Arsenio Hall “Coming to America.” (Laughs)

Your country of birth is not the same as your nationality. Where you were born does not necessarily determine who you are. It does not define your root. The distinction is your bloodline!

So ask yourself: Who am I?

First generation African-American families brought to the New World did not drop from spaceships. They came in slave ships. Somehow, somewhere in time past, many Africans, young and old, were abducted from different parts of Africa and sold into slavery. They were shipped to the New World called “America.” Overtime, they became “African-Americans.” By the way, Africa is a continent…not a country.

Many people dream of coming to America. When they do, they hope that someday they would become U.S citizens, or at least, obtain a permanent residency status, in an effort to have better lives. However, they would rather not be tagged as “Aliens,” legal or not!

Pause for a second. Delete all forms of discrimination, all superiority and/or inferiority complex from the frame of your mind. Now, ask yourself: Who is not an immigrant in the United States? Given what we know about American history, this question must exclude the Native Americans. Every American therefore, is an immigrant.

In recent genealogical studies, African-Americans have been known to trace their roots to particular tribes in many parts of Africa. The same goes with the larger White population, whose roots go back to Europe and Asia. Among African-Americans, the surprising oneness in heritage becomes a given.

Skin color is that unique fabric of oneself that cannot be traded in any marketplace. It is our inheritance, bestowed upon us by Nature…by God. Nothing could delete that glaring fact. It is, therefore, a big part of what makes each of us stand-out, just like our accents.

Some African-Americans do struggle with their true identities, unsure of who they really are and where their ancestors had come from, and the complexities of being Black in a “Whiteman’s Land.” The idea itself is strange, and brings with it, a hint of degradation. To call someone born and bred in America an African is a hard pill to swallow for some. Hence, attaching the tag “American” completes some of them, and justifiably so.

On the other hand, many Africans born and raised in Africa are in a struggle to fit into the Western culture. They try to sound American more than Americans. Crazy, but true! When they come to live in America, eventually, some of them would rather prefer to be labeled Americans, as a way of forcing everyone to see them as more urbane. I don’t get it. Do you?

Back in high school, I knew a few girls that, given a chance to get married would have done so for all the wrong reasons; marry a Whiteman (an Oyibo) for one simple reason, to have an Oyibo baby. One said, “I just want my kids to look different, especially my daughters… you know, just for the hair.” Eventually, she did marry an Oyibo man and had two children by him. Her dream was realized; her children had curly hair. Apparently, she was also ignorant and battling with self-rejection, insecurity, and culture orientation disability.

Often times, people are roped inadequate in their self-imposed battles as they struggle to become something that they are not. It becomes a recoiling nightmare; bad journey that could, if not restricted, destroys that individual. Eventually, they lose themselves. Some even change their given native first and last names. Yes, really. To bleach your way out of your Blackness, and to talk virtually without one’s African accent, does not change who you are. I know for a fact that some Africans love it when they seem to have lost a sizeable drone in the way they originally sounded before coming to America. However, some Africans that were born in Africa, but now live in the States, get offended when someone tells them that they have an accent…especially a thick one. They prefer to be tagged wholesomely “Americans.” Some of the ones born here have gotten used to saying this tiresome maxim,

“I am an American, but my parents are Africans.”

When I hear this, it makes me wonder where their African heritage fits in. This cycle of ignorance has continued from one generation to another and it needs to be broken. Although not everybody wants to fit in, but most times, many do hope that they could. This is about culture and tradition. No matter where you were born or where you live, culture should matter. There is nothing wrong with embracing a culture that is not yours. However, you should not have to lose the values you were born into in an effort to absorb that, which is foreign.

To be black, White, Asian, Hispanic… is to be from a unique heritage. To love and be proud of who you are, regardless of your ethnicity or nationality, is everything. When you attempt to look, sound, and act like another person in an effort to fit into a profile, it does not change who you truly are…well, except you are an actor. When you try or want to be someone else, remember, that someone else has already been taken. All people are made in the image of God. Yes, we are different, but we share similarities.

There is Africa in every black person, just like there is Asia in every Asian.

Culture is the essence of human existence and should be constantly expressed in our development. It is the very flavor that determines where we all come from. It reminds us where we are, and sustains us until we get to where we are going. Human race creates events. Therefore, histories are made. One does not have to go where history happened to learn from it. We need to remember that history cannot be denied, just like our heritage.

If our forefathers and our fathers failed to teach us Africans and African-Americans about who we truly are, then, we must not continue to thread on the same path of ignorance and fear of the unknown. The new generation will continue to thread on the same path. I call them “Digital Natives.” It is up to us to teach our children, grandchildren, as well as our friends and neighbors, who we are, and not who we are trying to be.

“I am an American, but my parents are Africans.” I stand to correct this notion each time I hear it.

But, who is listening?

Previous project Tango… Untangled!Next project The Dream of My Heart 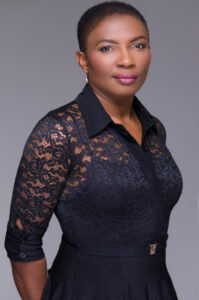