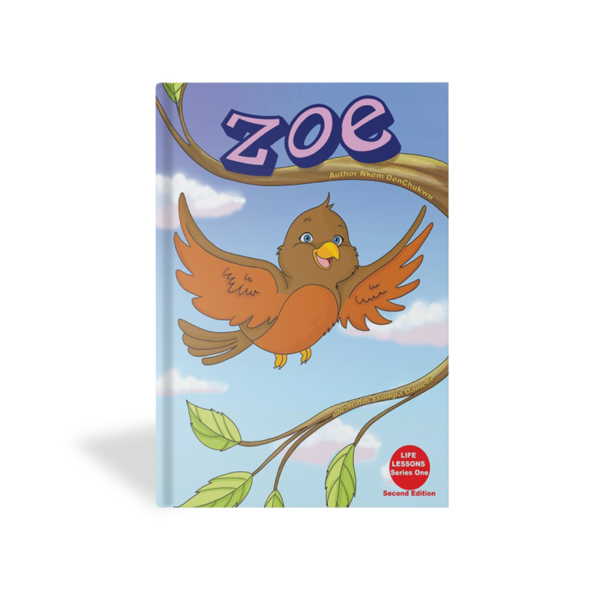 Jeremiah, and his little sister, Julie, stepped out into the cold rain after their mother had asked them to stay home until the bad weather passed. They couldn’t resist the temptation: As soon as mom left the house they left to play under the cold downpour. A few days later, both brother and sister fell sick…coughing and sneezing badly. They learned their lesson; now they know that mommy knows best. Soon after they recovered, they went back to their usual routine…going to the park and playing with their friends.

One day, Julie happened upon a bird with a broken wing trying to hide among the shrub. She picked the bird up and took her home. Julie wanted the bird healed, and asked her mom and Jeremiah to assist in making sure that that happened.

Just before Julie found the bird, Jeremiah had had a life changing experience of his own; he had fallen off his bike one time and had suffered a cracked skull; he was afraid to get back on his bike again…and swore never to do so. Even the horse back riding that thrilled him now scared him. Jeremiah would not ride on anything going faster than he himself walked. Well, until Julie brought the bird they called Zoe, home.

Zoe’s broken wing eventually healed. Jeremiah and his sister, Julie, had to teach Zoe, the bird, how to fly again. Jeremiah was living with his own fears, while trying to teach Zoe how to fly again. That was when he realized that if Zoe could give up her fear of flying again, that he, Jeremiah could do the same, and learn to ride his bike again…even go horseback riding again.

Jeremiah, and his little sister, Julie, stepped out into the cold rain after their mother had asked them to stay home until the bad weather passed. They couldn’t resist the temptation: As soon as mom left the house they left to play under the cold downpour.

There are no reviews yet.

Be the first to review “Zoe” Cancel reply